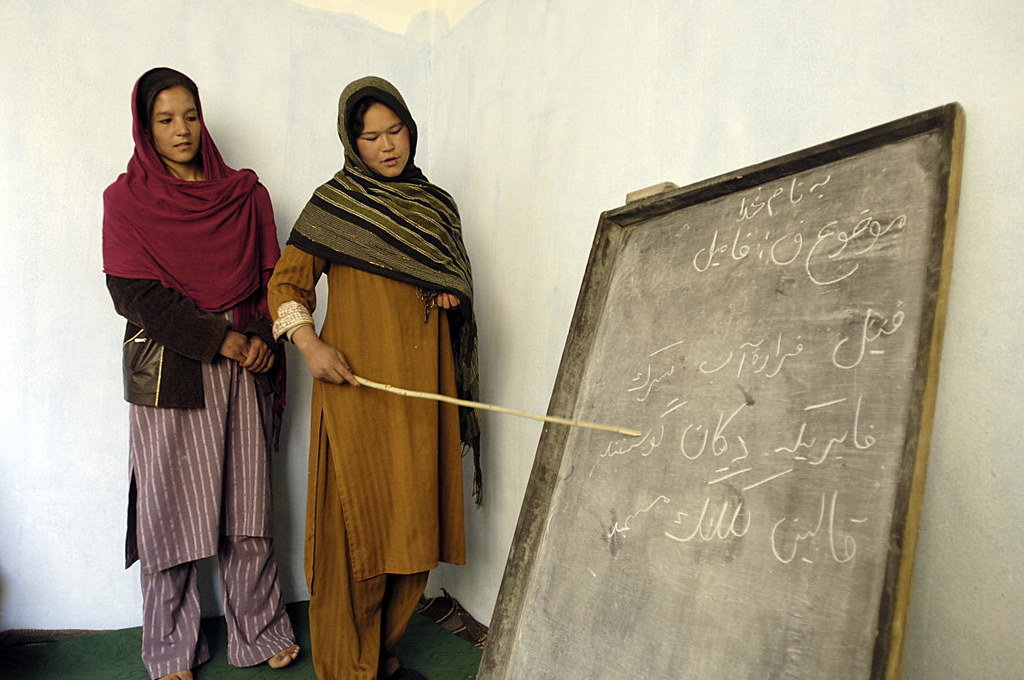 4 mn read
UAE as an Arab sharia state has tried to present a moderate version of Islam and has tried to stand against Islamic extremism. In another attempt from this government, they asked the Taliban to allow female students in classrooms and let them study.
“The UAE’s ambassador to the UN Lana Nusseibeh on Wednesday urged the Taliban in Afghanistan to let girls inside classrooms, saying educating women was “fully compatible” with Islam.
Ms. Nusseibeh said the UAE “stands by the women and girls of Afghanistan”, who have faced restrictions on their education and job opportunities since the Taliban routed the US-backed government and swept back to power last August.
She spoke with reporters alongside the UN ambassadors from Norway, Albania and Brazil before the UAE led its first UN Security Council meeting since taking over the 15-member body’s rotating presidency on Tuesday.
“Religion cannot be used to justify extremist ideology or to excuse discrimination against women and girls,” Ms Nusseibeh said in New York.”

What is very amazing for me is the fact that when Islam calls women stupid and tells Muslims that most of the dwellers of hell are women The UAE still persists to present a good version of Islam to the world.
We can refer to Muhammad’s hadith from Sahih bukhari 1:6:301 in which we read:”Is not the evidence of two women equal to that of one man?? This is the deficiency in her intelligence.”!!!!!!

He clearly calls half of the population of the world, stupid.

Narrated Usama bin Zaid: *The Prophet said, “After me I have not left any affliction [fitnah] more harmful to men than women.”*

Quran 2:223: “Your wives are like farmland for you,1 so approach them ˹consensually˺ as you please.2 And send forth something good for yourselves.3 Be mindful of Allah, and know that you will meet Him. And give good news to the believers.”

Quran 4:15:”˹As for˺ those of your women who commit illegal intercourse—call four witnesses from among yourselves. If they testify, confine the offenders to their homes until they die or Allah ordains a ˹different˺ way for them.”
I think that would be enough for every logical reader to know how views women and the prophet used to call them.
“Afghan Women in Literacy Class” by United Nations Photo is marked with CC BY-NC-ND 2.0.