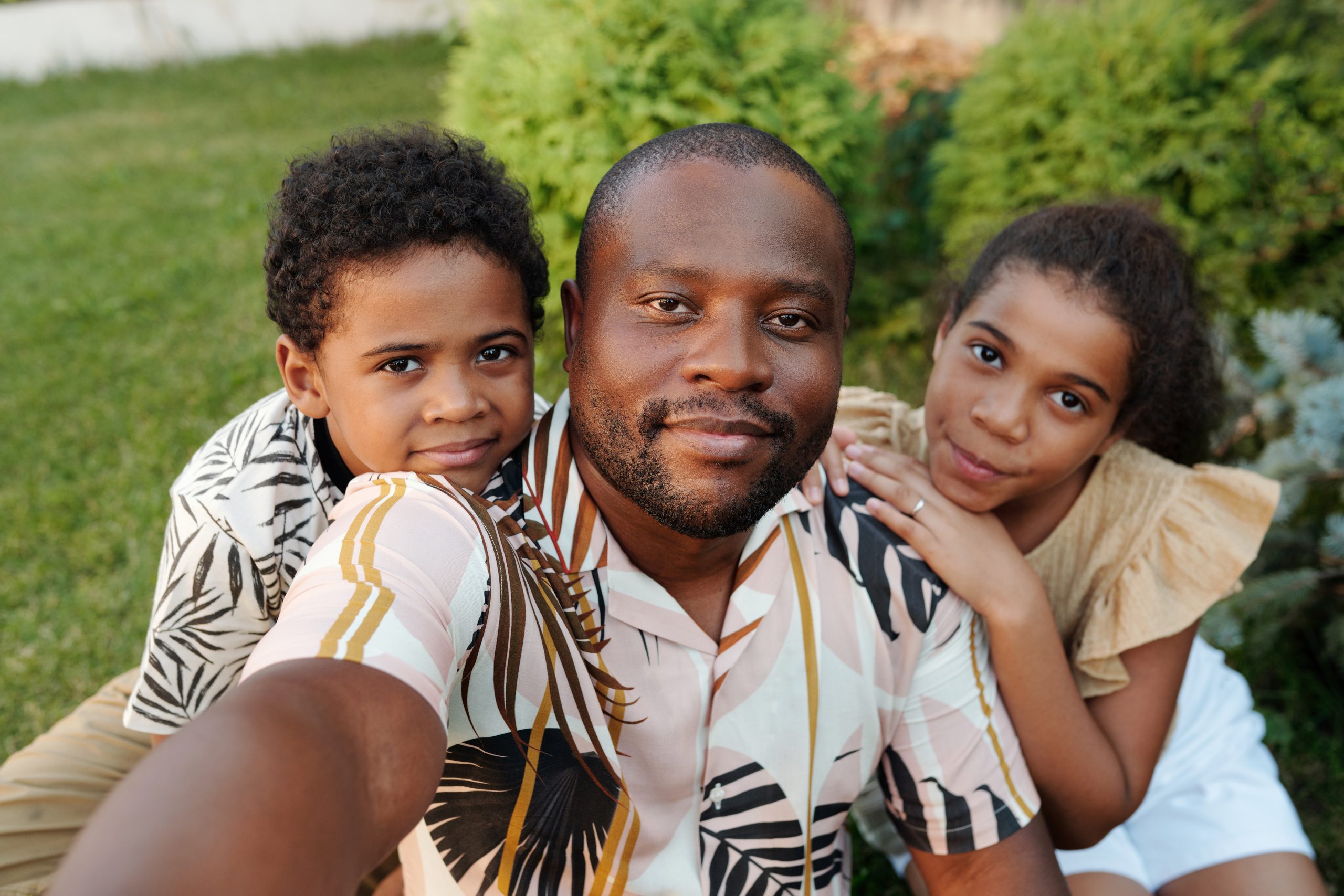 As an LGBTQ activist in Uganda, Elijah has been tortured and sexually abused by the police, persecuted by family members. His shop and house have been set on fire and he had to flee the country, leaving his adorable children behind. With help of our sponsors, we helped him pay for his hospital bills and get the operation he needed to end the pain and deterioration of his medical condition caused by the torture. If he will get up on his feet again Elijah wishes to embrace his two little children once again.

“I will overcome. I see great improvement.”
The hope and resilience of Elijah cannot be broken easily. For the past two months, he has been stuck in Rwanda, travelling between his apartment and the hospital, dealing with the
consequences that the physical violence he experienced had on his body. “In the last two months I was operated and I lost one of my testicles… Medicine was recommended for a period of six months, but if it fails then I will have to go for another
surgery.”

The attacks that he suffered before fleeing to Rwanda damaged his urinary system and made him unable to walk. SUN has managed to pay for a wheelchair that he can use to go
outside of his place and to the hospital. He needs to visit the clinic every week, an obligation that costs him much energy – the journey between his place and the hospital being 40 mins
long and the only means of transportation being his wheelchair. “The challenge is more on my way back home from the hospital because the hospital
is in a valley and I stay uphill.”

Nevertheless, he is hopeful about the future. His legs are now sensitive to stimuli such as touch and pain, and the doctors told him that he should be back on his feet in six months. He
now only sees two threats to his recovery and to his relocation to somewhere safer: the danger of being discovered by his previous attackers, and the risk of running out of funds.
“I live in fear. I’m afraid of being found here because I already received a message showing that… the people who persecuted, molested and threatened me in Uganda know
my whereabouts and are still looking for me.”

On July 10th, Elijah received the following message from an unknown number on whatsapp: “We understand you are in Rwanda but we will get you anytime. At least, we’ll cut the meat
for the dogs to eat [translated].” The Ugandan mob that first attacked him for his bisexuality more than two years ago has still not quenched its hatred and its thirst for violence.
Furthermore, Elijah is also afraid of being identified as a LGBTI member in his current location in Rwanda, since discrimination against the queer community is widely spread in
everyday practices and interactions. “Everyone lives in fear. Rwanda is a country of fear.”

“Even protection officers at UNHCR and government during my asylum interviews informed me that here I will be attacked if people get to know that I’m an LGBTI member.”
In order to be safe and able to recover at best, Elijah needs your help. Our funds have sustained him for the past months, but they are now running low. He needs help to pay for
his daily expenses, for his accommodation and for the medicines and physiotherapy his body requires. With your support, his health may with time once again become as strong as his
determination is.

“[Interviewer]: If I may ask, what inspires you to find the strength?

“[Elijah]: The care and support I get from you guys.”

August 2022 – Ugandan Elijah has been persecuted and assailed for his atheism and bisexuality in his country. Now fled to Rwanda, he needs your help to afford medical care and find a safe accommodation.

Elijah and Atheism in Uganda According to Elijah, atheism is not necessarily disjointed with morals, kindness and respect for others. Rather than being religious and acting in order to please a certain God, he believes in being a sympathetic humanist and acting well for the sake of others. In his words, he believes “putting humans first and simply being good without God.

”Unfortunately, the large majority of the Ugandan population has a different and inflexible opinion. With the percentage of believers amounting to 98%, including a Christian majority and a Muslim minority, the religious law appears untouchable. Pastors and other local religious leaders heavily influence public opinion, and often have the last word in establishing what is right and what is wrong, what is praisable and what is reproachable.

Elijah had to deal with the implications of such orthodoxy already at a young age. Under the influence of his father, a “skeptical, and a freethinker,” he grew up reading philosophy books and critically questioning the principles of the Islamic doctrine followed by his mother.

When he was ten, he got beaten furiously by a group of believers because he went to prayers without ablution, the ritual washing of the body performed to be clean before addressing Allah. At age twelve, when he refused to attend the five daily prayers, he stirred hatred and unbending grudge in his mother, an ardent believer.

As an adult, Elijah worked to encourage critical thinking in the youth of his community ,organizing debates among students and other atheists. Again, he paid dearly for diverging from Ugandan fanatic orthodoxy. In 2017, his business was burned down, on the grounds that it was used as a meeting place for non-believers and as a generator of dangerous and immoral ideas.

Hate crimes continued the following years, when his house was burned down first in 2018 and then in 2020.After having been threatened and assailed by the local mob and by the police, Elijah fled to Rwanda, so not to further endanger the life of his two children. He now needs your support to pay for the hospital bills and to find a safe accommodation.

June 2022 – Elijah is a bisexual Ugandan man, atheist and LGBTQ activist, father of two beautiful children with a contagious smile. After he received threats and violence from the Ugandan military personnel due to his religious and sexual orientations, he had to leave his country to preserve his kids’ safety and his own life.

After almost two years of wandering, further discrimination and violence, Elijah has now reached Rwanda. He has managed to register as an asylum seeker at UNHCR, but he is still waiting for his application to be completed. In the meantime, he is constrained to a hospital floor, unable to pay for the medical bills and the treatments he needs.

A number of violent acts have impaired Elijah’s health in the past two years, including several beatings, sexual harassment and assault, and gunfire. He was assaulted by the Ugandan authorities, beaten among other prisoners by Tanzanian immigration officers, and shot in his left leg at the border between Uganda and Tanzania.

As a result of the physical violence he has suffered, Elijah now finds himself on the floor of a Rwandan hospital with a damaged spine and severe backache, with testicular and abdominal pains, and with an impaired urinary tract that demands the intervention of a specialist. His stay at the hospital is essential for him to recover and to see once again his children.

Elijah is not able to sustain himself financially anymore. He needs your help to pay for the pending medical bills and for getting a private appointment with an urologist, as the public hospital in which he stays is unable to provide him with the specific care he requires. You can support him in his treatment and recovery, and aid him to go back home safely to his children’s arms.

Elijah needs $ 1000 to clear his medical bills and see a specialist. If we managed to settle that, we hope to find 40 sponsors that can donate $ 10 per month, to support him until he gets his resident permit. So he wont end up in de the streets.