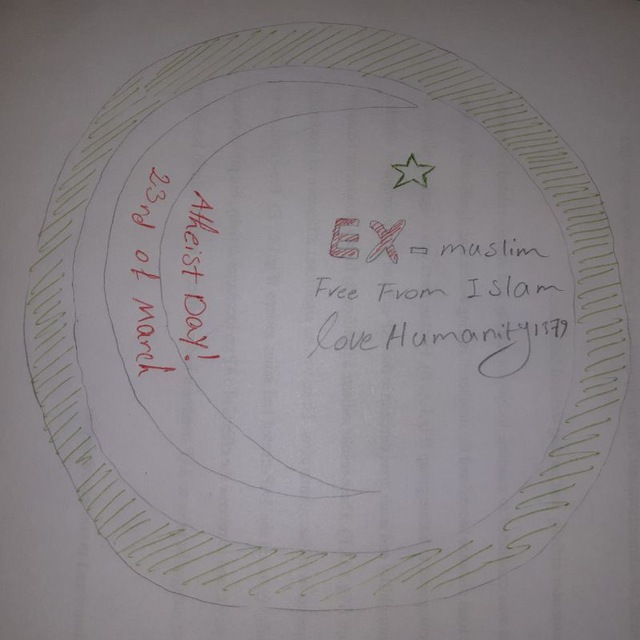 Atheists on social media use this hashtag in this special day to show the world that they exist. For exmuslims, leaving Islam publicly in many parts of Islamic world, can be an end to their lives. Since US army left Afghanistan to Taliban, afghan atheists have in constant fear and anxiety to save their lives but the west hasn’t allowed them to come to safety.

I would like to shout “Ex-muslims, we exist.” Or “من مرتد هستم” or “نحن_هنا” Let’s not forget February 22nd, when arab atheists/nonbelievers protested and asked for their rights as nonreligious people all around the arab world. If you want to join this campaign all around the world, paint a green circle on a piece of paper or your hands and post it online with the hashtag(#AtheistDay)