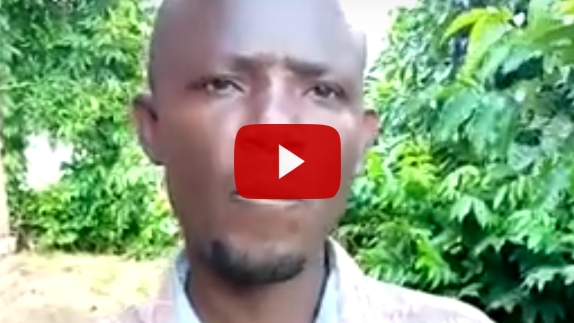 3 mn read
A study by the Pew Forum on Religion & Public Life found that 97% of Ugandans are believers, and the fact that professions of atheism are invariably met with incredulity has prompted most of Uganda’s atheists to keep their scepticism in the closet. Muhammad Kiiza is one of those atheists. He is from the Bukolho village in Kisanga Sub-Country Kasese district. Muhammad was born in a Muslim family and he grew up in the Kalingwe village, located in a rural area. The village consists of five Muslim families who often came together for ‘’swalla’’ (prayers) and they would pray five times per day. Every Friday, they would walk more than seven kilometres for prayers, also known as ‘’Iljumaa’’ (worship day for Muslims on Friday). The families were dominated by the educated Muslim, Muhammad explains, because his parents were not educated, they had no say in the mosque or any other public Muslim function. This caused religious segregation and it inflicted a feeling of hate for Muhammad towards his family. He felt like his family was wasting his time by taking him to Koranic studies instead of formal education. This delayed his education in general and he searched for a way to talk to his parents.
Muhammad tells us in a video what it is like to become an atheist in Uganda:
He did not get the response he wanted because his parents told him that there was nothing to worry about as long as he believed in God. Later in life Muhammad decided to follow education and he finished senior level four. It was during his holidays from his education that he heard about atheism from his friend Masika (Masika is currently the chairperson of Atheist Society of Uganda) and he made the decision to turn towards atheism because under the Islam, he felt he was being forced to believe in something that you could not see. He found comfort in Atheism, where practical evidence and secularism can be demonstrated.
Muhammad’s dream is to become a computer wizard and a secular teacher to educate people that suffer in different religious affiliation. He also hopes to start a big project that will always assist many atheists who have diverted to atheism. Muhammad is grateful for the guidance and counselling he received from his friend Masika but at the same time Muhammad is living a challenging life. He no longer gets support from his parents and he is no longer allowed to return home because when he does, they plan on killing him because in the eyes of the village, he revealed the Islamic doctrine to the non-Muslims. In the village, they believe that if you kill a non-Muslims you will be ‘Jana’ (heaven according to Islam) and you are considered a faithful one. Muhammad no longer supports this and he will continue to condemn that false doctrine, even when his life is at risk.
‘’When you become an atheist in Uganda, it is mainly suffering. I am away from my home, living away from my parents. When you try to divert from the Islamic faith in Uganda, you are regarded as a pagan. Sometimes they want to kill you because they don’t want you to turn to another religion. I appeal to you all: to those who are trying to help us in the Netherlands, those we are trying to get funds and the sewing machines and the network of SUN, we want to thank all donors. Also for putting in the effort that helps us to survive. Surviving here in Uganda is not easy, because everything you need is money, food, medical care, shelter, accommodation, everything you need is money. My appeal to all donors is kindly to help us, so we can survive, we as atheists here. We want to set an example to others that being an atheist is not a crime. ‘’
You can help people like Muhammad and his friend Masika by donating to the crowdfunding organised by SUN. This crowdfunding is set up to raise money for sewing machines and welding machines so that the Atheist Society of Uganda can become more self-sufficient. Donations can be made on this link: donorbox.org/empowerment-and-entrepreneurship-for-ugandan-atheists
For more information on the Atheist Society of Uganda you can read this article