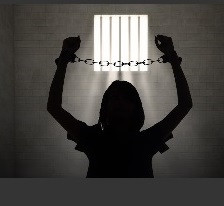 How women are being owned by men, according to a biblical edict

Despite advances in equality with secular societies, among religious Jews there is the misogyny that will not go away, no matter how much time passes. The focus of this post is to describe the Biblical edict that women are property to be acquired, and as property, they can never be free of their owners unless their owners decide to cast them away.

This being chained, or “Agunah”, to one’s owner still exists today, and is often at the core of so many heartbreaking stories – stories where women who are abused, or whose husbands are “inappropriate” with their children, cannot leave without losing everything. And even then, if her owner doesn’t agree to it, any future relationship that she has will be considered adultery, and the tragedies continue.

So how did we get here?

The Torah describes women as humans to be acquired for procreation, servitude, and sex. The fall into several categories. While the isha is going to be my focus here, I want to at least touch upon a few other types of owned women that are described.

(Note: The Tanach (“Old Testament, or “OT”) is not composed by a single author from a single period or place with non-competing narratives. Even the Torah has this same issue. Because of that, I will be presenting the views based on the majority of verses as well as how the classic commentators treat them.)

Sheficah (or “Shifcah”) – In the Torah, we are introduced to this concept, first with Hagar (Genesis 16:1) who was the property of a king and who was given to Abraham (or perhaps to Sarah) as a gift. We see this also with Laban, who gave two of his owned girls (Bilha and Zilpah) to his daughters Rachael and Leah (Genesis 29:24-29). The root of the term is also included in “mispacha” or “family”, and it appears that, throughout Scripture, the sheficha was expected to provide children when the lady of the house could not, serve her, and represent her.

Ahma – This is one of those odd categories that most people are not aware of, even though this type of slave is mentioned in the “10 commandments” as “Thou shalt not covet…” The reason being is that a father who sells his daughter to another as an ahma does so with the hope that she will please her master and his son, and if so, perhaps the master will give her to his son at some point as a true wife. She could be in this status for years, and her owner is forbidden to sell her to another, but may give her as a gift to his son. If she doesn’t please her master, she can be sent away without anything.

Pilegesh – Of all of the categories, that of a concubine is the most free and independent of women. She has a kind of contract of monogamy with her client, she can leave when it pleases her to do so, and her offspring are considered hers, not those of her client’s primary wife (as is the case of a sheficah). It was a position that was seen as honorable and there have been those, today, who have suggested that perhaps having a pilegesh rather than an isha might be a solution to the Agunah problem. Although there are easier solutions that the Rabbis, the men, refuse to consider.

Zonah – This is usually translated as a “harlot” or “whore”. This is a woman who isn’t owned, has chosen to sell her favors to those who will pay, and lived her life on her own terms. This person is typically treated disparagingly by the texts, and the prophets often treated those who worshipped other Gods, choosing to find a more suitable Master, as a zonah.

Now that we have touched upon the non-“wife” form of companion, let’s look at what a wife is:

Isha– This is the man’s dominate female, meaning, like the ahma, she cannot be sold to another (which is a possible reason that they are both mentioned in that “though shalt not covet…” verse). And like a pilegesh, she cannot have relations with another man. And like a shifcha, she is expected to bear children.

A man can have as many wives as he can afford, while a king is not supposed to have too many (a subjective value that has yet to have been universally agreed upon). At some point in Jewish history, when Jews were living with Christian-dominated countries, the Jews would be attacked and even killed for having more than one wife. So it was decreed that marriage would be monogamous. Those Jews who lived in non-Christian (e.g., Islamic) countries, refused, which caused a schism. Eventually, even the resisters relented. (There’s actually a bloody history about this debate, which I may go into one day).

Even so, a man having relations with a non-married woman is not considered adultery since he can technically have more than one wife. And there is a rabbinical heter (decree of leniency) for a man to take on a second wife if the conditions demand it (such as the wife ran away and is unavailable for him to divorce her).

The Jewish ceremony is a ceremony of acquisition. There are documents signed, a financial transaction occurs, and the man becomes the woman’s ba’al, while typically translated as “husband” in Scripture, it is also the same word for “lord”, “master”, and, more importantly, “owner”.

The woman is his property, and he is her owner, her master. And while Scripture talks about how he can send her away (a divorce), as property, she cannot leave him unless he wills it. And thus we have the crux of the problem. The man, as owner, is the dominate one, and the woman, as property, must submit to him.

As bad as that is, it is important to remember that the “wife” is an expression of her owner. And her children will take on the attributes of her owner, just as a slave woman would who give birth to her master’s child.

But what about Agunah, and why can’t it be eliminated?

There are many stories of women who cannot escape their abusive husbands because they are “chained” to their owners for life.

A typically horrible husband might tell her that he will give her a “get” (a divorce document) only if she give him all of their savings, the house, and everything else. Perhaps even the children, if he wants them.

Rabbis have tried to stop this by having pre-nuptial agreements, secular ones where the husband will be fined a large amount of money for every day that he refuses to give a “get” when she demands it.

But if he doesn’t have the money, the document is worthless. If he spent all his time in kollel or yeshiva while she worked and earned all of the money, he doesn’t have the financial resources and can refuse. If you put him in jail, there are many who prefer jail over giving a “get”. Some women have hired men to kidnap and torture the husband to get him to agree, but that is rare and a lot of people have gone to jail over that option. (There was a Sopranos episode that depicts such a thing).

So what are the solutions?

Some of the greatest poskim (Rabbis who determine the rule of Jewish law) have said that it’s impossible to eliminate Agunah. Joseph Soloveitchik and other men basically said, “Our hands are tied”. When it comes to women, they cannot grant any leniency.

But when it comes to money, they can!

For example, the Torah states that when one makes a vow, that is it. Even if someone has to die, that’s just the way it is. If you made a vow to give up your wealth, it’s gone. It says “And he shall not nullify his vow”, to which the Rabbis said, “It says “He shall not”, so let us use “They shall!” And so a vow can be nullified by a group rather than by the individual who is forbidden from doing so.

The Torah says that every 7 years you shall forgive the debts of those who own you money. So the Rabbis responded with, “It say HIS debts, not THEIR, so let the debts be transferred to the court during the 7th year, and THEIR debts shall not be forgiven. And the debts will be returned afterwards to the original person.”

Agunah should not still exist.

While the biblical definition of an isha is human property that only the owner can dispose of if he wills it, we need to treat marriage differently, where it’s about partnership, not ownership.

For the very religious Jewish woman, a Biblical Marriage can be a nightmare if the man who purchased her turn out to be a toad rather than a prince charming.

It’s no wonder that religious Jewish men recite the blessing every morning, thanking God for not having made the man, a woman.