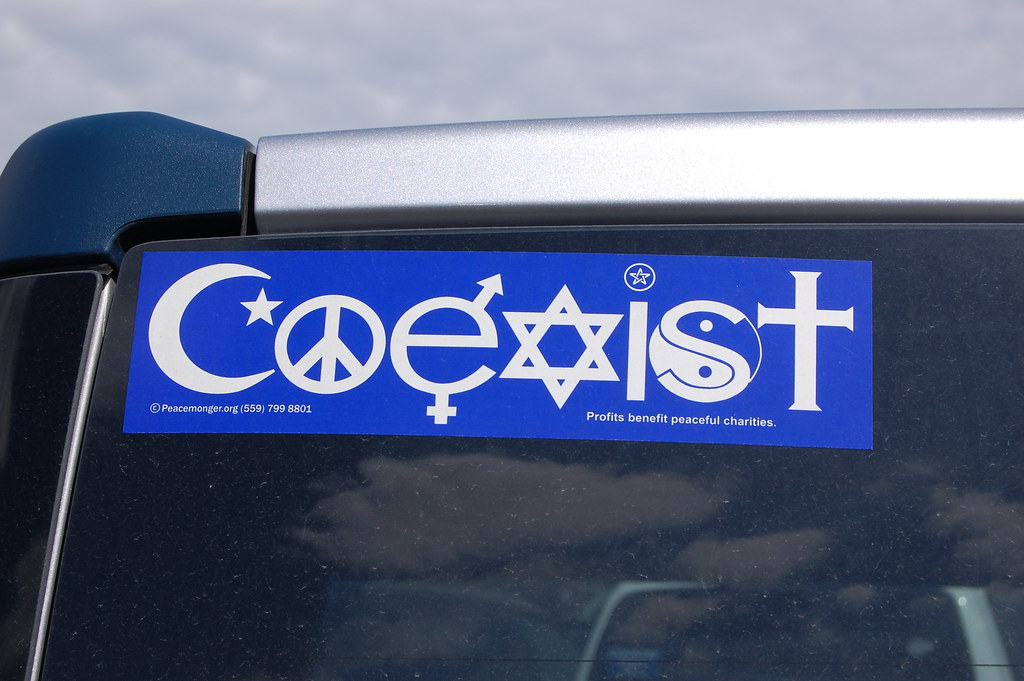 Secularism is freedom of religion. In a free and democratic society, people are unrestricted from practicing their beliefs, whether religious or areligious. Provided, of course, you are not hurting anyone when practicing your beliefs.

Many other countries have similar provisions in their constitution. And that is because they all work off the same principle, that no one religion is above another. All belief shall be treated equally and will be relegated to the private, and not the public, realm. When practiced thoughtfully, religion can be the guiding light of people. It can give direction and purpose.

When religion is practiced thoughtlessly, it can add to the misery of people. Various states and malefactors around the world have thoughtlessly tried to inject religion into the public realm. And such sinister impulses aren’t a product of religion. They come from a human mind that has been warped. Religion is merely the filter through which their actions permeate through. Religion is merely a tool to be misused.

Malefactors abound in every religion. There is no exception to this. There is no one bad religion and neither is there no one good religion. But there are bad people within them. This takes the form of countries of the Islamicate world creating state religions based on extremist ideologies, thus marginalizing religious, gender and sexual minorities. This can be see in so-called “Christian” countries as well where a trend of backsliding on secular principals is taking place. Hindu Nationalism is gripping India, and have become a bane for Muslims, Christians, Sikhs and low-caste Hindus.

The bad people in question can be given names. In Islam’s case, Wahhabism shapes the society of theocratic Saudi Arabia to this day. It comes from Salafism, the brainchild of thirteenth century Syrian ibn Taymiyyah. Both Wahabbism and Salafism call for returning societies back to the ways of sixth century Arabia, an era of tribal warfare, slavery and misogyny. The Deobandis, founded in the Indian city of Deoband and have schools in both India and Pakistan, have similar beliefs with the Wahhabis. Why? Because the most important scholars of both, Muhammad ibn abd al Wahhab and Shah Waliullah Dehlawi, both studied in Medina in the same Salafi circles. Medina is the second holiest city in Islam and have the tomb of the religion’s founder, the Prophet Muhammad.

Salafism, Wahhabism and Deobandiism form the beliefs of some of the most well known terrorist organizations. ISIS and Al Qaeda borrow heavily from Wahabbism. The Taliban’s early founders were educated in Deobandi schools.

Christianity is not immune to similar indoctrination. The Secular Underground Network has written in the past about the American conservative movement being infiltrated by extremist Christians. Largely, but not completely, by extremist elements in the Evangelical movement. This has caused the Republican Party, the conservative party of the U.S., to implement various policies that take religion out of the private realm and put it into the public realm. While this pattern has been taking place for decades, the most recent examples can be seen in the America states of Texas, Alabama and Florida. Texas and Alabama passed near total bans on abortion. Texas and Florida have both passed laws that marginalize LGBTQ people.

Poland, Hungary and Russia have enacted similar laws. The Russian government, especially, has married itself to the Orthodox Church. Their partriarch, Archbishop Kirill, head of the Russian Orthodox Church, has been quoted as saying that the war in Ukraine is a holy war.

Attacks against religious minorities in India are rampant, especially as of late. Hindu Nationalism, also known as Hindutva, calls for an India that is united under Hinduism and no other religion. That is the stated goal of a Hindutva terrorist organization called the Rashtriya Swayamsevak Sangh (RSS). One of their past sarsanghchalaks (leader), M.S. Golwalkar, expressed great admiration for the Nazis in his book, We Our Nation Defined.

He said: “To keep up the purity of the Race and its culture, Germany shocked the world by her purging the country of the Semitic Races—the Jews. Race pride at its highest has been manifested here. Germany has also shown how well-nigh impossible it is for Races and cultures, having differences going to the root, to be assimilated into one united whole, a good lesson for us in Hindustan to learn and profit by.”

The ruling Bharatiya Janata Party (BJP) is allied with the RSS and is itself a Hindutva organization. Indian Prime Minister himself used to be a member of the RSS. They deliberately stoke Hindu violence against Muslims, Sikhs and Christians. They even attack low-caste Hindus.

Why we keep religion private

This is not an exhaustive list of what happens when extremists are allowed to gain power. But it paints a picture. They want to remove religion from the private realm and bring it into public life. Everyone has the right to freedom of though. We allow the free practice of religion in private life because that is how we ensure that everyone’s beliefs are respected. When religion is allowed to come into public life, then the rights of other faiths are infringed on. You see this in Islamicate countries, right-wing Christian countries as well as currently in India. This is why the enemy is not religion. It is extremism.