Life has been turned upside down for Nick, ever since he realized he no longer believed in any gods. His family has cursed him, many of his loved ones have simply walked away from him, and others have relentlessly harassed him. His art business has gone bankrupt, his wife has lost her job, and the pandemic has only made things worse. What used to be his support system now tells him his woes are a punishment from god. Some assign him blame, and others just tell him they’ll pray for him. It got to the point where Nick felt so despondent, he tried to end it all.

In his country, religion is the most important aspect of social life. Even securing a place to rent comes with the religious test. After being evicted multiple times, Nick and his wife found themselves homeless and begging on the streets, having to sleep in the torrential downpours that come with the rainy season. He just wants a chance to quietly start over, hoping to find a way to start a new business and get some kind of a roof over their heads. He is asking for our help to do that in this trying time.

Since they have been kicked out in the streets, there was no income. SUN supported them with rent and living costs. We sent them some money to start there own businesses: Marina bought a laptop to do some online graphic design and data entry. Nick bought a motocycle so he can start doing delivery. To pay of the debts they have, Nick also picked up his sculpting. The first project will be a statue of the iconic picture of Ricky Gervais. You can win the the statue by buying a ticket in the lottery of $ 10. When we reach the amount of $ 1000 we will draw a winner.

May 2021 – My name is Nick, I was born in Papua and I live on Java in Indonesia. I used to have a pretty good life: I worked in a coal and gas mining company, worked as a marketer for a magazine, and I worked for a company that sold mattresses, among other things. Since 2014 I have been an artist and for my own company I make toys, figurines and merchandise for companies.

My whole family is a member of the Pentecostal Church. My grandfather was an evangelist, my grandmother preacher, my mother preacher, and my stepfather wants to go to theological school. So basically I have been a Christian from the day I was born. My family thinks I should give 10% of my income to God and go to church every week. They also think I should get a job in an office, or else go to theological school. They don’t like my business.

Since I was a child, whenever I have a problem, my family says, “Pray to God and let him solve your problem.” I have to give my life to God, then God will help. It doesn’t matter if it’s about fulfilling my dreams, my job or my business.

One day I had enough of the way my family professed faith. I didn’t say directly that I am an atheist, because that is dangerous in this country, but I did say that I no longer believe in God.

Meanwhile, I have been with my girlfriend Marina for 11 years, but we are not married. For our families, as for most Indonesians, it is a sin to live together without marriage. But getting married has to be done in church for my family, and Marina comes from a Chinese family, which means we have to celebrate very elaborately. Besides, our families do not have the means to support us financially.

In 2019, I was scammed by a customer. The customer asked for faster production: two hundred figurines in two weeks. During production, the customer suddenly dropped out and demanded that I pay back the advance. I had to sell my stuff to cover the costs, but it wasn’t enough. I lost about three thousand dollars – that’s a year’s worth of living expenses here.  My parents don’t like my business anyway, so they didn’t want to help; I just had to pray to God again. They kept repeating that, without making any effort to really help me. I became so depressed by that situation that I finally attempted suicide. Their response was that I would go to hell for that.

The worst was my mother: she sent Whatsapp messages to Marina (not directly to me) and kept scolding both of us, first because we were not married and then because of my suicide attempt. It was full of curses, condemnation, God’s wrath and hell. Honestly, to this day I can’t read it, it’s Marina who told me what she wrote. It makes me so furious, but it also makes me so sad.

Evicted from our home

Then we were evicted from our rented house because we couldn’t afford it anymore – we had to pay the rent by the year. Again I looked for help and a place to stay with my family, but again they turned me down and said, “You’re a grown man, go find a place for yourself.” Or they told Marina to go to her family and I should come back to Papua to work for God. But I can’t accept that, because I’ve already been disappointed too much in the Pentecostal Church.

So Marina and I started wandering from rental house to rental house, but most of the affordable houses you can pay per month are in Muslim neighborhoods. And whenever we did find something we kept getting kicked out because of our marital status and once because we have cats. Then our money ran out. Desperate, I asked my uncle if I could store my stuff in his house. He agreed and even offered us to come live with him and his family. But after a few days my cousin kicked us out because they are Muslim and we are not. My uncle said I could leave my things there, but we had to leave his house. In the worst case, they could turn us in and we would end up in jail or they would have us beaten up.

As a homeless person, it is difficult to carry out my work and even to find work. Without money, with only a backpack, we now sleep wherever we can: at a gas station, at a security post and sometimes on a bench on a side street. If we have a little money, we go to the 24-hour mini-market, buy a bottle of water to use the terrace and sleep in the terrace chairs. Now we are also afraid of being arrested because of the pandemic – there is a general lockdown here and every morning they pick up people who do not comply.

Right now we are both applying for jobs. I think we have approached hundreds of companies, we only got a few interviews and all without results. We think it’s because of our age; I’m 35 and Marina is 44. Most companies only want younger candidates, because they can pay them less.

We would like to start a business again, Marina wants an online store to sell cat food – cats are her passion and her dream is to set up a shelter for cats. Besides, we noticed that in the pandemic, the demand for cat food remained stable or even increased. But she is also good at designing with Photoshop and Illustrator.

I myself am only skilled in sculpture and would like to start over with my business. In this country, most people don’t really appreciate art by local artists, so I want to make products that are useful so I can sell them better. But I can’t afford a computer, so for now I’m just using cheap clay. That takes more time to process and more effort to get the details and likeness right. I would love to get back into woodworking, but for that I need expensive woodworking tools.

For the distant future, we dream of saving money to move out of this country to where we are accepted as we are, without being rejected and deported again and again. We both hope to get a decent job, with that we can then start over step by step. If we have a bit of money, we might even marry in a legal capacity first – for our own safety. But in the meantime, we are applying like crazy and sending our resumes to companies through a platform for job seekers, because we have to survive first.

August 5 – Nick and Marina were evicted from the boardinghouse, since their landlord found someone who could pay more. In the middle of the lockdown. With help from SUN however, they could rent another house. End of august, they are moving on slowly. The lockdown is extended and they are
still trying hard to find a job.

“Our applications for work keep pending because most companies are reducing their employees. We tried several things: we applied at the jobseeker website, ask some new friends we met if there is an open position in the company they work for. But it all comes down to the lockdown regulation again. I still wait for a friend, who said the company he works at is a startup and soon will open some positions. But for that, I need a passport and to get a passport is expensive. We only can get it
cheaper when the lockdown will end. We hope to find another way. In the meantime, we are still figuring out what our next step should be to survive this situation.” 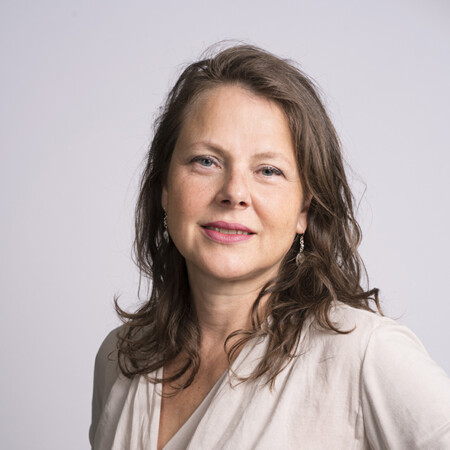