In the earlier hours of November 10, 2020, I boarded an Arik Airline flight from Monrovia to Abuja. I had escaped all insecurity and death threats on my life since the murder of three of my audit staff at Liberia Revenue Authority on October 1, 2020. My life was in extreme danger that I could neither go to work nor sleep home. I became aware of the inconsistencies in my belief as a Christian and inaccuracies in the bible in 2014. I was brought up in a conservative Christian family in a majority Christian nation. But in August 2015, I decided never to go to church, pray to an unseen God or even read my bible. This was not only unthinkable, but it was also abominable. I was brought up to believe in an omnipotent, omnipresent, omnibenevolent, and omniscient god.

The Role of Skepticism

I was a Sunday school teacher for the youth ministry in my local church and a role model to hundreds of young people in my church and community. I was also married in the church. Life could not have been better. In 2014 and 2015, the Ebola virus killed thousands of people in Liberia, Guinea, and Sierra Leone – some of whom were very close and personal relatives. How could this be? How could a loving God allow this to happen? I was devastated and full of skepticism. I began to question my beliefs and saw the inconsistencies in what I believe as compared to reality. I spent hundreds of hours reading the bible, the Quran, and several other religious texts for answers but all I could see was more reasons to doubt. The religious texts were not just contradictory to each other, they were inconsistent with reality. I came across a short book by Sam Harris called “Letter to a Christian Nation”. I read it in one sitting and read it again and again. If someone had told me that I could read such a book a few months back, I would be in complete denial and called it ludicrous. The biggest shock was yet to come. I stumbled upon yet another book by Sir Richard Dawkins called “The God Delusion”. Then everything came together in a complete whole: There was no such thing as omnipotent, omnipresent, omnibenevolent, and omniscient god. I hated myself for reading these books, but I could not hold myself back from reading them. I read even more of them. I would come from work and sit up all night reading.

Coming out of the closet

In June 2015, I had decided that I could no longer have morning devotion with my family and stopped going to church. My wife thought maybe someone had offended me in our local church and therefore requested we visit another church. I tried to keep things to myself but the changes in me were very visible. In August 2015, I finally told her I didn’t believe in the bible anymore. She could not accept it. She called my pastor, my mom, and my mother-in-law. They were three of the people that I most respected too. She sought for their indulgence to talk me out the ‘supposed nonsense’ that had come over me. She even threatened me with a divorce. I begged her to keep the marriage but told her that if not going to church or believing in the bible were sufficient reasons for divorcing me, I was okay with it. Fortunately, my wife decided that divorce was not an option, but she needed to pray against whatever evil spell that had come over me.

Life as an atheist

Since I converted from Christianity, life has been far more interesting. I no longer hold inconsistent beliefs about life. I didn’t need any holy book to instruct me to love my neighbors because it was the right and sensible thing to do. I became more aware of things that I previously took for granted. However, things also became quite difficult for me. I was hated among some family members, friends, and colleagues. People thought I had gone mad and needed salvation. Some even said perhaps I was not saved in the first place and had been pretending all these years. The board of directors of Stella Maris Polytechnic University decided that I could not teach at the university. It later rescinded its decision due to pressure from some student groups and lecturers. Things became very ugly for me. I was alienated and was not allowed to voice my opinions on any issue. At work, my boss could not allow me to present updates on the activities of my department at executive management meetings. At one point, things became so bad that I walked out of the meeting to protest the unwarranted treatments I was subjected to. Nobody wanted me in their company. But I was determined to prove everyone wrong. I was neither mad nor had an evil spell over me. I was just being true to what I believe. I am not the kind of person that  withdraws from what I believe to be right, personally, and professionally.

I have been an auditor all my life. First as an external auditor in the private sector where I was responsible for audit clients in the banking, mining, and agricultural industries. I later entered public service in 2011, first as a compliance manager and then as head of internal audit departments in key government ministries and agencies. I developed a reputation of uncompromising stance against corruption, fraud, waste, and abuse. I was always in direct conflict with corrupt and dishonest officials of government. One minister even ordered that I be arrested and thrown out of the ministry because she could not have me undermining her authority. I discovered that she was involved in a conflict of interest. She awarded service contracts to three lawyers and paid them fabulous salaries for which they performed no service for the ministry. I discovered that these individuals shared the money with her. She instructed the procurement department to procure goods and services from certain businesses that she was associated with. I wrote the Ministry of Finance to stop the payments, and this caused her to order my arrest and be thrown out of the ministry. Nearly every ministry and agency that I was assigned at, I was hated for standing against corruption and fraud. I joined the Liberia Revenue Authority as Commissioner of Internal Audit Department in January 2016 after serving as head of internal audit for the agency from its formation in July 2014 under the Internal Audit Agency. I was responsible for all internal audit and assurance services. The revenue agency is one of the most corrupt institutions in Liberia – staff collude with taxpayers to defraud the government of millions of dollars. This puts my staff and me in direct conflict with staff at all levels of the Revenue Authority. In August 2020, we conducted an audit that exposed government and top officials to corruption in millions of dollars in taxes. The report was leaked to the public and this led to the murder of three of my staff who were involved with the audit. I would have been dead if not for my cautiousness for not being out in places and not staying out after late hours. The threat to my life was so great that I could not go to my house. I stopped going to work and had to sleep from one place to another. I fled the country on a flight to Abuja. I applied for and was granted refugee protection status by the Federal Government of Nigeria. That is how I came from being a public servant to a refugee. I feel safe here for now. I am hoping to reunite with my wife and children in the United States, after being separated for nearly three years. It was difficult leaving everything behind, but life is worth more than material possessions. 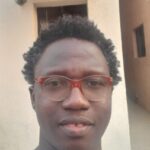 I am from Liberia and forty-two. “We must always suspend judgment when we don't have sufficient evidence because it's always wrong for anyone, anywhere and at any time to believe in anything without sufficient evidence” – W. K. Clifford. That's exactly what happened to me. For more than twenty years, I was a fervent believer in the bible and what it said without any evidence. However, I became to notice conflicts between what I believed and how the world works. In 2014 and 2015, the Ebola virus killed thousands of innocent people: children, pastors, and strong believers. If there was a good and loving god who is all-powerful, why is there so much suffering in the world? Why would a good and loving God allow millions of innocent people to suffer for no reason of their own? Why are there so many religions? Is Christianity the only true religion as I and millions of other people believed? So, I began to research in about October of 2014. I read so many books on religion, Christianity, Judaism, Islam, etc. By March of 2015, I was more confused than ever. Then I came across Sir Richard Dawkins’ The God Delusion. Never in my life did I expect to become an atheist but what I read in that single book makes all the sense to me. There was no god, to begin with. I started reading other atheistic books like those of Christopher Hitchens, Sam Harris, etc. By July 2015, I stopped going to church. Remember that I was a Sunday school teacher, and many people look up to me for moral guidance. My friends and other family members all abandoned me. My wife threatened me with a divorce. My mother said I was no longer her son. Living in a country with nearly ninety percent of its population claiming to be Christians, I was having serious difficulties. Fortunately, my wife reconsidered her decision, but things were not so good with me, even at my workplace. People hated my disbelief and called me all sorts of names. Some even threatened me. My boss silenced me during meetings without any good reason. I could not present my weekly briefings at executive management meetings and things got so serious that I had to put it on record and communicated with the board of directors. In October of 2020, three of my audit staff were murdered at the Liberia Revenue Authority due to an audit that we conducted and uncovered millions of tax dollars unaccounted for by the current Liberian government. The audit report leaked into the public and caused my life to be at serious risk. I received death threats not only for the audit but also for my atheism. I could not sleep at home or even go to work. I fled the country in November 2020 and came to Nigeria. I feel safe here now.