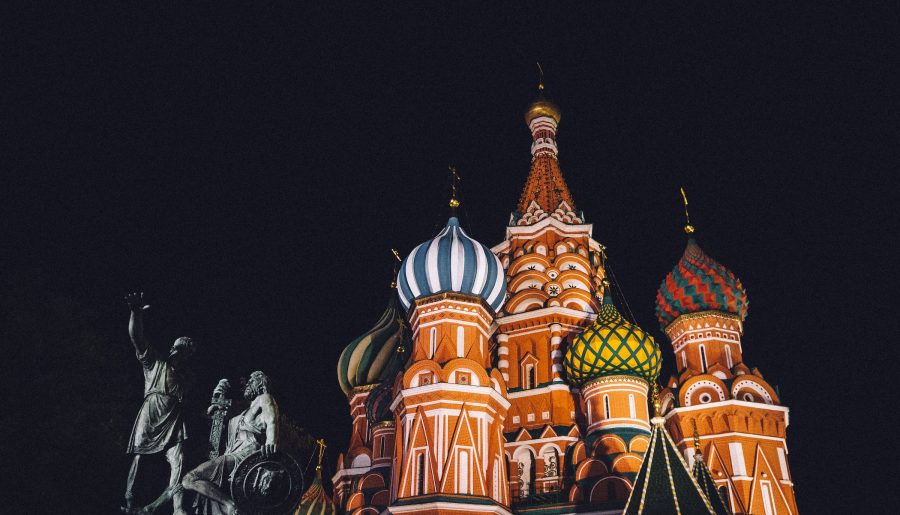 On Oct. 12, 2022, a video began circulating on Twitter showing a Russian military officer giving a pep talk to his subordinates on the eve of deployment to Ukraine. His language and rhetoric were, let’s just say, a little peculiar. “I promise we will win this holy war,” he tells them. “Who is fighting against us? People who say their god is satan. Satanists are at war with us. People who impose on us that you and I should go to LGBT parades,” he adds.

This speech sounds odd coming from a Russian, doesn’t it? How is it that an officer of the Russian army, which was once the armed wing of the deeply atheistic Soviet Union, is speaking like a commander of ISIS’s Inghemasiyoun?

It may be hard to fathom, but fascism did not die as the guns fell silent in World War 2. It merely went into hibernation and awoke in Russia. The Russian Federation is a Christo-fascist state. Yes, there is a real fascist government in our world right now. And not in the way that everyone accuses someone or something of being fascist if they meet some vague definition of political immaturity. The dictator of Russia, Vladimir Putin, has deliberately taken the beliefs of Ivan Ilyn and reshaped the state according to his vision. Ilyn was a Russian thinker who saw what Mussolini and Hitler were doing and married it with the Russian Orthodox Church.

The state institutions of the Russian Federation are wholly wrapped up with the Russian Orthodox Church. The executive, legislative and judicial branches are religious. The military and police are religious too and enact the ideology of the government. The degree to which church and state are intertwined makes the Russian government a theocratic one rivalling countries like Iran and Saudi Arabia. This has created a completely de-secularised nation that sees itself as a kingdom of God in Russia. LGBTQ people have been shackled. Women’s rights have been curtailed. An example of this is the decriminalization of domestic abuse in 2017. This state does genuinely believe that the war in Ukraine is a holy war and cites history as its reason for calling it such.

In 2018, the head of the Eastern Orthodox Church— based in Istanbul— granted self-governance to the newly created Ukrainian Church. This offended the Patriarch of Moscow so much, that the Orthodox Church in Moscow partially seceded from the world community of Orthodox Churches. Russian Orthodox Christians are not allowed to attend any other Orthodox Church service as a result. This event has been even given the name of the 2018 Moscow-Constantinople Schism. In essence, the Church of Russia is waging war against the Church of Ukraine. This is not much different from when Sunni Muslims persecute Ahmadiyya Muslims in the Indian subcontinent or the Ulster Troubles in Ireland that still pit Catholics against Protestants to this day.

The Patriarch of Moscow, Kirill I, congratulated Vladimir Putin on starting the war for “high and responsible service to the people of Russia.” He called the war itself “an active manifestation of evangelical love for neighbours.”

This image belongs to Juant and Joy.