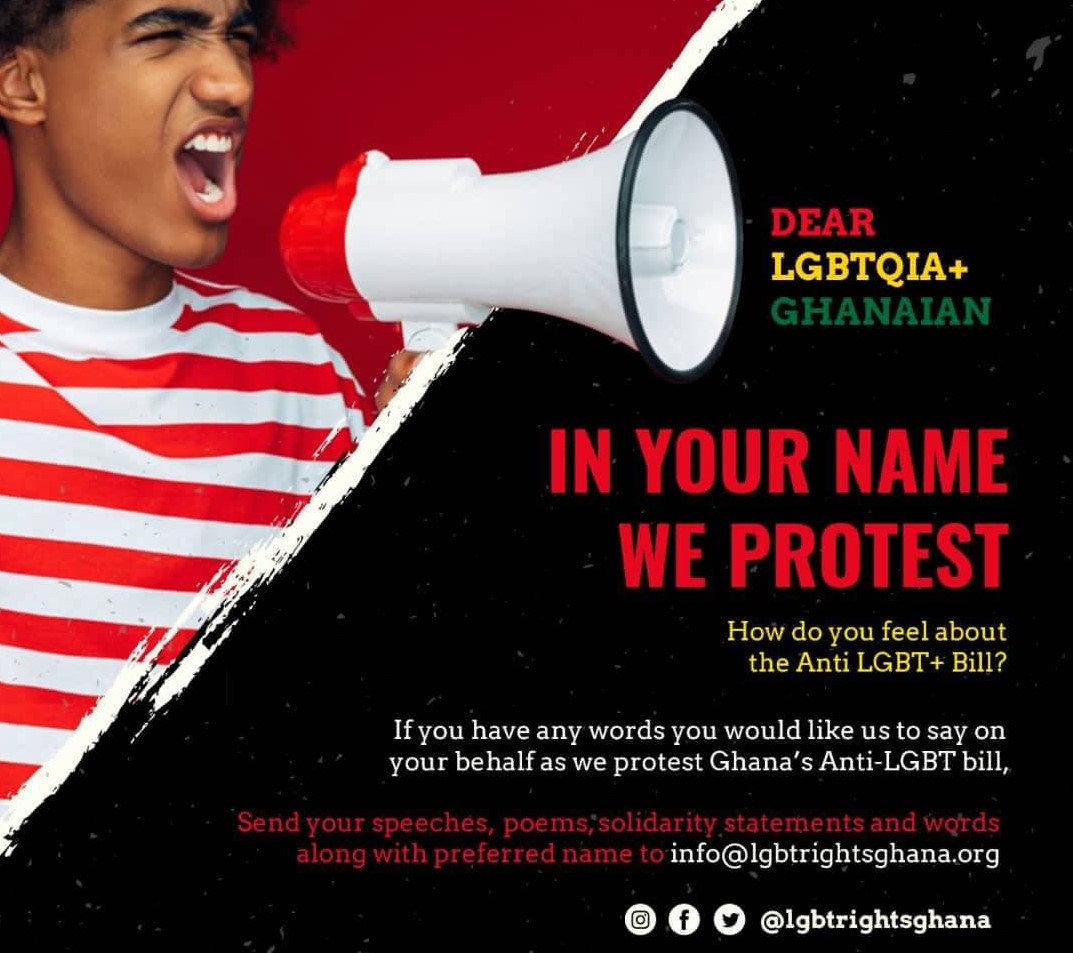 Few months ago, the LGBTQ+ headquarters in the capital city of Ghana was raided unlawfully by National Security personnel and demanded for its closure. Meanwhile, the LGBTQ community, prior to the raid had received death threats from some traditional chiefs and other anti-gay persons. The raid which should have drawn sympathy from the general public resulted in an intense growth in the conversation to criminalize same sexual acts and any forms of support and campaigns to support queer people against the oppressions they countenance in their daily lives.

An association called Promotion of Proper Human Sexual Rights and Ghanaian Family Values and some members of Ghana’s legislation, have been campaigning against any efforts that have been made to protect the rights and freedoms of queer people. In addition, a bill which surfaced a while ago, proposed that government take measures to criminalize same sex relationships and subject individuals who make efforts to campaign against these anti-gay laws to fines and a number of years in prison.

In a presentation delivered on Thursday 4th November, 2021 at a public hearing by the Committee on Constitutional, Legal and Parliamentary Affairs; the Council said it will not hesitate to give strong backing to the bill that confronts Lesbian, Gay, Bisexual, Transgender and Queer (LGBTQ+) practices head-on in Ghana. They added that, “We are of the firm belief that the passing of this bill into law, which we expect will come on, will give eloquent expression to the sovereign will of the majority of the people Parliament represents. We also see it as a very bold attempt to wean this dear nation of ours from the dangerous notion that anything foreign is deemed good for us.”

The said bill raised a lot of eyebrows and saw a number of Ghanaians and Human Right agencies express their concern for this act against humanity as medieval and had no scientific premises. The Promotion of Proper Human Sexual Rights and Ghanaian Family Values Bill 2021, highlights include;

Moreover, the Ghana Charismatic and Pentecostal Council together with heads from other religious bodies have been the core driven force behind this bill. According to them, accepting this bill will be an act against God and we might experience his wrath as it was in the days of Sodom and Gomorrah.

#KILLTHEBILL is a campaign being organized against the bill which proposes to infringe upon the sexual rights and freedoms of Ghanaians. It is time we protest and stand up against the hate bill endangering the lives of Queer people in Ghana.