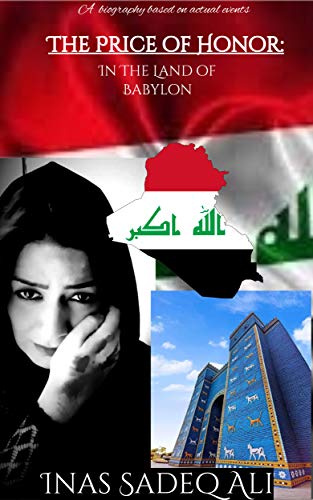 Reasons why most Iraqi women seek to emigrate from the harsh laws of Islam in Iraq.

I currently live in Iraq in the midst of my puritanical Shia Muslim community. Whenever I stare out the window of my kitchen onto the streets, I see the stifled, enslaved women covered in all-black sashes. Since their childhood, their Muslim families force them to wear the black cover as Islam ordered them in the quranic verse of Al – Ahzab verse number 59: “Oh prophet say to your wives and your daughters and the women of the believers that they let down upon them their full- garments, this will be more proper that they may be known and thus they will not be given trouble and Allah is forgiving and merciful.”

Their families threaten to kill them if they fail to obey this command. That’s is why the Muslim woman is totally enslaved psychologically and physically by her family and society.

I always see women in my Shia Muslim community looking enviously at western European women over the internet and the TV. They are amazed at how respectable European women are and how they have their physical freedom and their own rights as human beings. The women in my community are suffering in silence. Even their husbands have no respect for them since they marry 3 or 4 wives. Islam ordered the man in the quranic verse in Al-Nisaa verse 3: “then marry the women you like and who are lawful for you two, three or four” without any regard for the woman’s feelings, or respect for her humanity. I always feel so sad seeing the women in my Muslim community suffer daily in these unjust and oppressive physical and psychological restrictions. It is a must for them to obey and submit to all the teachings of Islam that are full of misogyny and incite violence against the woman’s body.

Iraq fails to accord women with their rights and freedoms

One day I was discussing this issue with a friend who owned a small sewing shop, and she told me that her biggest dream and wish is to find an exit out of Iraq and get her freedom away from Islam. Even if it meant giving up her husband and children because life under the Islamic traditions is unbearable. But this is impossible because migration is not easy. I have asked many other women who also gave me the same answer. Sadly most of them committed suicide because they couldn’t endure the oppression in Iraq.

Having had to experience these at first hand, I always encourage women under these conditions to never stay silent and never give up because they can free themselves and have the power to get rid of this Islamic oppression. I am hoping that the world will pay attention to the serious suffering of Iraqi women and help them migrate in order to live in freedom and dignity.

2 thoughts on “Islamic strict traditions and their implications on Iraqi women.”