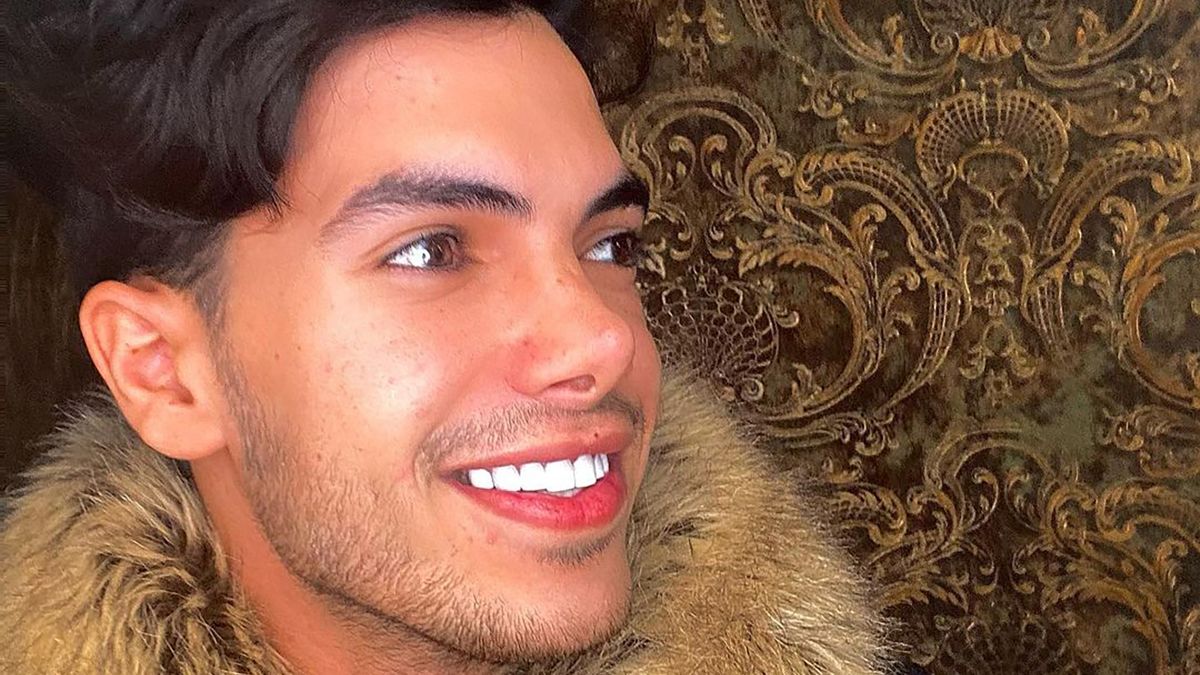 4 mn read
This piece of writing is in memory of an Iranian gay man who has become a victim of honor culture in an Islamic country.
The alleged murder of a 20-year-old Iranian gay man is sparking outrage and condemnation around the world.
Ali Fazeli Monfared, known to friends and on social media as Alireza, was reportedly kidnapped and beheaded in Ahvaz, south-west Iran, last week. His partner told BBC Persian he believed he may have been killed by male relatives. The Iranian authorities have not commented on his death but BBC Persian obtained photos of his gravesite. News of his death had been reported by 6Rang, the Iranian Lesbian and Transgender Network.
The group suggested he may have been kidnapped and killed by family members after they discovered evidence of his sexuality.
‘Fashionable fun-loving young man’
Alireza was last heard from on 4 May in a phone call with his mother, reports say. His body was found discarded by a palm-tree, a day after she was told he was dead and was instructed where to find his remains.

The 20-year-old’s partner, Aghil Abyat, said Alireza had traveled to Ahvaz to visit his mother, pick up a military service exemption card and sell his mobile phone. He was supposed to fly to Turkey to join Mr. Abyat just days later, apparently in the hope of applying for asylum in Europe. In months-old voice notes, heard by BBC Persian, Alireza spoke of the difficulties of being gay in Iran and said he had received death threats from within his wider family.

One friend, who spoke to the BBC, described him as a “fashionable, fun-loving young man who would have loved to get famous one day”. The friend said, although she did not know Alireza was gay, she was aware he had faced pressure from his family over his appearance and his social media image. Alireza’s Instagram feed, which is flooded with thousands of followers and tributes, shows him posing for selfies, having fun with friends, and lip-syncing along to music……”
Source: www.google.com/amp/s/www.bbc.com/news/world-middle-east-57091251.amp
Alireza Fazeli Monfared was a gay man from Khoozestan, Ahvaz. He was from a minority Arab ethnicity in Iran. Like many other LGBT members in Iran, his life and how he died was just a glimpse of what has happened during these 43 years of Islamic government in Iran to LGBT people.
Due to Islamic law in Iran, if it is proven that you are gay, you can be free from military service. Cause homosexuality is called a mental disorder in an Islamic country like Iran, governed by brainless mullahs. So he was the same and he didn’t go to military service, due to his shortage of money he couldn’t leave Iran easily to live in a free European country and in his conversations with one of his friends, he decided to leave Iran for Turkey.
Two days before his departure, he will brutally be murdered by his cousins because of the shame he brought to his family and relatives. His neck was cut and his dead body was left under a tree in a park. The Islamic authorities weren’t sad or even ashamed of such incidents, they decided to arrest the people who shared the news on social media!! His story clearly shows us how LGBT members are being treated in Iran but not only here but also in many other Islamic countries. Not only We don’t have any rights that protect us from these homophobic attacks, but also the government tries to teach society how to be crueler to us and as always the punishment for homosexuality is death(execution) in Iran. I have talked about LGBT rights in Islam.
Sharia law is based on Quran and Islamic scriptures. Qur’an 27:54-58 (27:54) We also sent Lot,67 and recall when he told his people: “Do you commit shameless acts with your eyes open?68 (27:55) Do you lustfully approach men instead of women? Nay, you engage in acts of sheer ignorance.”69 (27:56) But this had only one answer from his people. They said: “Expel Lot’s folk from your city. They pretend to be clean.” (27:57) Eventually, We saved (Lot) and his family, except his wife. We had decreed that she should be among those who would remain behind.70 (27:58) And We rained down upon them a rain. It was an evil rain for those who had already been warned.
Sunan Abi Dawud 4462(also Sunan ibn makah 2561): The Prophet (ﷺ) said: If you find anyone doing as Lot’s people did, kill the one who does it, and the one to whom it is done.
Even calling someone a homosexual is considered a crime in Islam: Sunan ibn Makah 2568: It was narrated from Ibn Abbas that the Prophet ﷺ said: “If one man says another: ‘O effeminate one!’ give him twenty lashes. And if one man says to another: ‘O homosexual!’ give him twenty lashes.”
Punishment for homosexuality in Islam: Mashaket al-masabih 3583-3584: Ibn ‘Abbas and Abu Huraira reported God’s Messenger as saying, “Accursed is he who does what Lot’s people did.” In a version by him on the authority of Ibn ‘Abbas, it says that ‘Ali had the two people concerned burned and that Abu Bakr had a wall thrown down on them. Razin transmitted it.
We are NOT protected by the law and like ISIS terrorists who throw homosexuals from tall buildings, the Islamic Republic of Iran executes us. Some days ago:https://www.jpost.com/breaking-news/article-695006
His story brings up another main topic. The importance of LGBT rights. We have all seen LGBT-related movies in which members of our community get bullied and hurt for being who they are. In Islamic societies, there is no place we can flee to or someone to ask for help from. All these physical threats lead to emotional disasters in our community. It is easy to understand why LGBT rights will help protect us from death. Imagine in countries we get executed for homosexuality, not only the person who gets executed is a victim but also other LGBT members will be pushed more and more into fear. Therefore our rights all around the world should be protected by the government to save most of our members from isolation, depression, mental illnesses, and suicide. Exactly the opposite thing happens in Muslim countries, they teach kids from the very beginning to hate LGBT people even if they are a member of that community.
Some videos may relate better:https://youtu.be/XvpHn_zdkTY https://youtu.be/1wsG9eYsl7Q