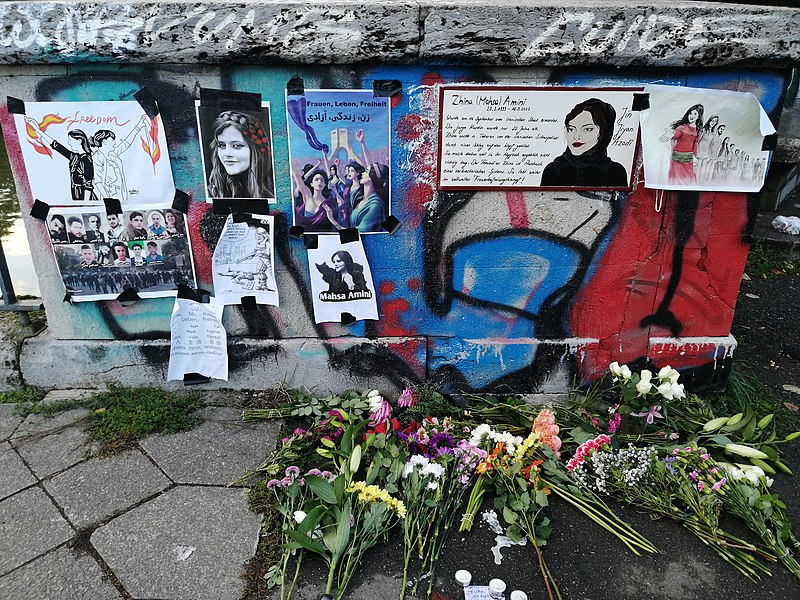 Nowadays protests in iran have made history in the world and have thought lessons of bravery(and courage) and freedom to the world.

No revolution comes without blood…

As a boy raised in iran, I have seen death over and over again. My goal in life has been to as kind, generous and to be the best human possible. But with all things I have seen in my country, I can’t imagine how other humans and kill others for religion, power or wealth.

Eruption of people on Twitter, streets, universities and schools is just a small version of the hatred and anger that have been buried under the oppression and execution. Since the beginning days of Islamic republic in iran, mullahs not only haven’t accepted any kind of disagreement but they have called any kind of disagreement, chaos and have brutally executed innocent humans.

This regime has never spared any kind of humans who disagree, even kids get killed.

“Don’t trust mullahs, there will be a day when they govern you and at that day, your kids will not survive” -Ahmad Kasravi

Ahmad Kasravi was one of many victims of islam in my country. He was a critic of Islam and he tried to warn people over the threat of mullahs. This short article is just a memoir for my country’s freedom fighters…

(From atheist republic’s newsletter) “Two LGBTQ rights activists were sentenced to death in Iran for allegedly promoting homosexuality. Activists Zahra Sedighi-Hamadani and Elham Chobdar were charged with “Corruption on Earth,” a vague yet lethal charge. Hamadani, also known as Sareh, was arrested in October last year after being detained by the Iraqi Kurdistan police during her attempt to cross the border to Turkey and seek asylum. Iran has intensified its propaganda, accusing Hamadani of running “one of the largest prostitution networks in Erbil, Iraqi Kurdistan.” State-run media circulated a video showing footage of nightclubs as evidence of Hamadani and her alleged prostitution ring’s activity. A letter from Amnesty International addressed to Gholamhossein Mohseni Ejei, the chief justice of Iran, asked for the immediate and unconditional release of Hamadani and called out Iran’s arbitrary detentions based on her “real or perceived sexual orientation and gender identity.” They called on Iran to “quash the convictions and death sentences” and release Hamadani and Chobar. Nearly 70,000 people have signed a petition demanding the release of the women, please join in signing the petition here.
We discuss this news here!

(From atheist republic’s newsletter) “Against all odds, in a country where division over religion, ethnicity, and gender has been common, many Iranians have somehow put aside their differences and are now united over one goal. Mahsa Amini’s death has brought people from all walks of life into the streets all over Iran, demanding the end of the regime. Don’t miss this 👉