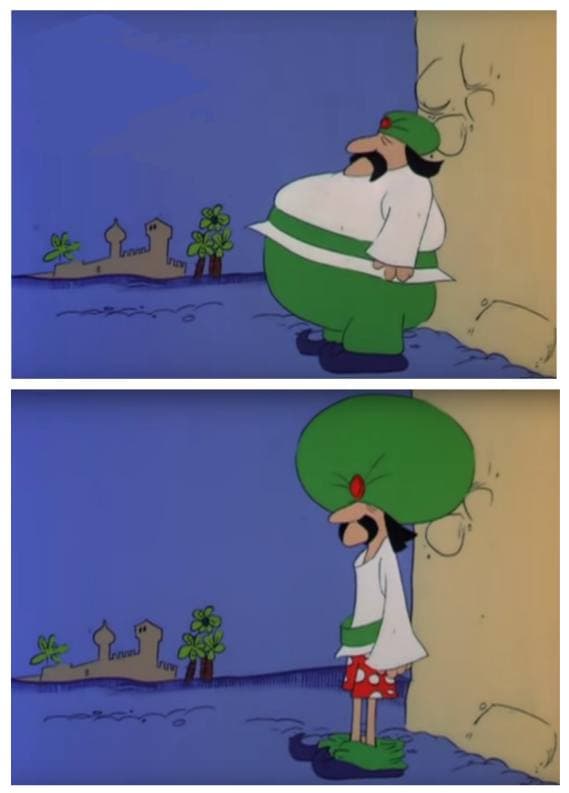 < 1 mn read
Mr. Jalal Tagreeb was a Muslim apologist who insisted on defeating Secularists in debates and exposing that in a humiliating manner.
Besides his main plan to use the Internet and all its tools (e.g. social media, forums, etc.) to spray his victory if it had happened, he also prepared a collection of challenging and humiliating drawings/images- which has never been published – to post against his Secular opponents.

The ultimate setback for Mr. Tagreeb was his decisive defeat in his debates with Secularists. Something that he admitted in November 2021. Today we welcome Mr. Tagreeb to the Secular world, ironically, using one of his unpublished drawings on him after changing the text to reflect the actual debate result. We also thank him for creating such drawings, which will be used according to his plan, but on him! One has to pay credit when it is due.