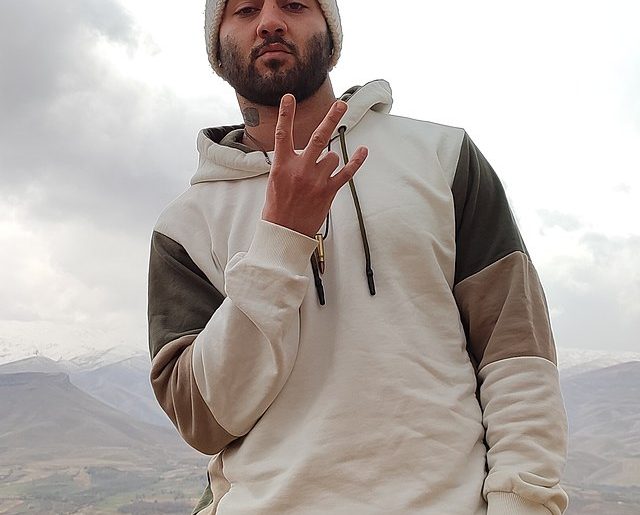 3 mn read
Be our voice, the regime wants to execute innocent humans
Art has always been a good way to show love, anger, hatred, emotions and even protest. Toomaj Salehi is a young brave Iranian rapper who stood up for his people. He was threatened to be executed by the regime the first time he got arrested. But he insisted on his bravery and art and continued his path to freedom. Many of his songs are good ways of displaying the reality of life in Iran. Now that he is sentenced to death, we try to be his voice and not allow his path and words to be forgotten. He is our national hero. Another reason why he is so important is that he is a role model for other brave fighters all over the world, not just Iran. In our first years of elementary school we learn to write “Dad gave us water. Dad gave us bread.” Because dad is the breadwinner in our culture.
“Nadidi”(you haven’t seen-ندیدی) is one of his nice songs in which Toomaj tries to talk to his people and even governors. He is asking them to go to the streets and watch how poor people live, and how people get executed for being poor and stealing a little amount of money. How children grow old with a lot of simple desires. He tries to go through the dark sides of poor people.

We didn’t kill our hope. Hope (it can be the name of a boy as well:امید) killed himself when he saw his future. How many of these crimes were committed before getting revealed?? How much cruelty has been done to innocent people?? How many innocent children got killed?? Muhammad executed himself. He shouted but we didn’t hear. Muhammad didn’t have a phone. He didn’t have any pocket money. He slept hungry at night. His last lullaby was sung by her mother. But he killed himself without permission cause he couldn’t tolerate it anymore.
(Kids words “that Muhammad boy”)”