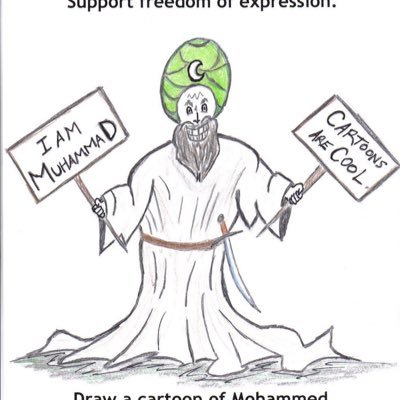 2 mn read
This Eid is the time Muslims believe Muhammad who is believed to be the only prophet of God was accepted as a messenger from Allah. During this day, Muhammad met Angel Gabriel in a dark cave called “Hara cave”(A very well-known cave in Arabia). Muslims usually visit there on their pilgrimage to Saudi Arabia.

Gabriel asks him to read (while knowing he can’t) the Quran. Quran 96:1: Read, ˹O Prophet,˺ in the name of your Lord who created— Quran 96:2: created humans from a clinging clot. In the above verse, the Quran makes its first scientific mistake because humans are not made of blood clots.

Quran 96:3: Read! And your Lord is the Most Generous, Quran 96:4: Who taught by the pen— Here you can see the second mistake in which Allah is more like a human-shaped teacher in a school rather than an almighty god. And surah continues… But who knows what Muhammad may have seen in that darkness when it is said that he used to see hallucinations in the daylight. Sahih al-Bukhari 3423

Narrated Abu Huraira:
The Prophet (ﷺ) said, “A strong demon from the Jinns came to me yesterday suddenly, to spoil my prayer, but Allah enabled me to overpower him, and so I caught him and intended to tie him to one of the pillars of the Mosque so that all of you might see him, but I remembered the invocation of my brother Solomon: ‘And grant me a kingdom as such and shall not belong to any other after me.’ (38.35) so I let him go cursed.”

Sunan Abi Dawud 5256
Narrated AbuSa’id al-Khudri:
Muhammad ibn AbuYahya said that his father said that he and his companion went to AbuSa’id al-Khudri to pay a sick visit. He said: Then we came out from him and met a companion of ours who wanted to go to him. We went ahead and sat in the mosque. He then came back and told us that he heard AbuSa’id al-Khudri say: The Messenger of Allah (ﷺ) said: Some snakes are jinn; so when anyone sees one of them in his house, he should give it a warning three times. If it returns (after that), he should kill it, for it is a devil.
Muhammad meets angel Gabriel-8mins:https://youtu.be/8BkgumzHqiU