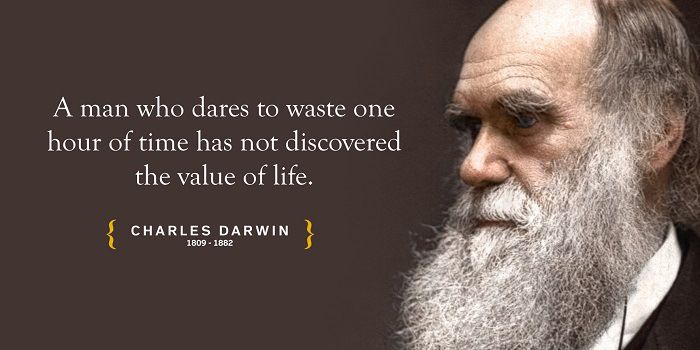 2 mn read
Today, the 12th of February 2022, is the birthday of Charles Darwin an English naturalist and geologist. He is the most well-known scientist for pioneering ideas about evolution and society. In his lifetime, he managed to win many awards and had books authored. Here is a famous quote from Charles Darwin that perfectly summarizes his personality. He said, “If I had my life to live over again, I would have made a rule to read some poetry and listen to some music at least once every week.”

Charles Darwin published his theory of evolution book, On The Origin Of Species’, with compelling evidence in this book. Charles Darwin has been described as one of the most influential figures in human history. Here are some of the best Charles Darwin quotes on evolution along with the survival of the fittest quotes.