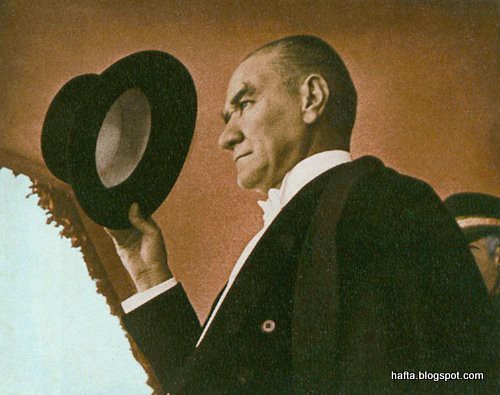 He is celebrated by many for his exploits on the battlefield. Time and time again, he defeated whichever enemy he was put in front of, making him one of the most competent military leaders in world history.

To others he was the picture of enlightened statesmanship. He was a student of French enlightened thinkers like August Comte, who favoured rationalism and science as being the basis for progress in society.

And finally, he is seen by many as a tyrant and a traitor who used the power of his office to end a vital institution of the Islamic religion.

To the readers of this post, Ataturk will be what they want him to be. Which traits they decide to respect or deride will depend on what sort of preconceived notions readers already have. To help them decide, here is what they should know.

Mustafa’s exact date of birth is not known. We know he was born some time in 1881 Salonica, what is now Thessaloniki in Greece. We also know that he was only called Mustafa. It is hard to imagine now, but it was not common for people to have surnames in the Ottoman Empire at the time. A teacher would award him his second name, the Arabic word Kemal (meaning excellence) while he was in school.

Eventually, he joined the Ottoman Army and rose through the ranks. He would participate in the Young Turks Revolution in 1908, but would leave the movement because of disagreements of ideology.

His first test would come in 1911 where he fought in the Italo-Turkish War. That ended in a defeat for Turkey, but that would not be the last time Kemal would hear battle drums.

He would prove himself in the Gallipoli campaign in World War 1, he soundly defeated an invasion of the Turkish mainland by the British, French and Australians. He also defeated a Russian invasion in the east of the country, cementing his reputation as a very capable commander.

But despite his best efforts, Turkey lost the war and was forced to accept terrible terms in the Treaty of Sevres. This document was much harsher than the one put on Germany, the Treaty of Versailles. Turkey would have been divided up between the British, Greeks, French, Italians, Kurds and Armenians.

This was unacceptable to Mustafa Kemal, who convened a council in Ankara and launched the Turkish War of Independence. He beat everyone, including the Turkish Sultan Mehmed VI whom he ousted.

After that, he set to work. He reformed society to match his ideals. He abolished the Ottoman Empire and made the country into a republic. Turkey was no longer a caliphate. A caliphate is ruled by a caliph, who is the spiritual successor to the founder of Islam, the Prophet Muhammad. With this title, the Turkish sultan was also the supreme leader of all Islam. Because of Kemal, in 1924 the Islamic religion was without a leader for the first time since the year 632 A.D.

Secularism was the order of the day. Women were guaranteed rights, the powers of the Islamic clergy were curtailed, the call to prayer was banned, the iconic fez hat was banned due to its association with the caliph, the Arabic alphabet was abolished in favour of roman script, and a new nationalistic, rather than religious, identity was adopted for Turkey. Eventually, he would be given the name Ataturk, meaning the father of the Turks.

This is where the controversies begin. Many conservative Muslims see Ataturk as a traitor who abolished the most sacred institution of Islam. They see him as rendering the Islamic world leaderless.

There was a rebellion in 1925 called the Shaikh Said Revolt against the new Turkish Republic for a myriad of reasons, including in response to the abolition of the caliphate. The revolt’s leader, the Kurd Shaikh Said, was executed that same year, creating a rift between the Republic and the Kurds that lasts to this day.

His secularist reforms are getting some pushback in the 21st century as well. Ataturk opted for the French definition of secularism called laicite. This version does not grant freedom of religion, where anyone is free to practice without interference from the government. Laicite, or laiklik in Turkish, is freedom from religion. It believes that it is the state’s duty to liberate people from religion.

There is also some debate about his involvement in the Armenian Genocide. Official histories make no mention of his involvement. It is hard to know whether that is the result of a cover-up. We do know that he initially was involved with the Young Turks, who masterminded the mass killing of Armenians. But that did not begin till 1915. Ataturk had a falling out with the Young Turks in 1908 and left the group after he was sent to Libya.

During the Turkish War of Independence, there were mass killings of Armenians in Cilicia, Marash and Izmir. Izmir once had a thriving Christian population, including Armenians and Greeks. Not so anymore. To what extent Ataturk was involved in those events is unknown.

The reader is free to decide who Ataturk will be to them. While they are encouraged to do their own reading on the man, one thing is for sure. Each person has their own version of Ataturk. Yet his shadow over Turkey remains the same. All-encompassing. He will forever be a figure of debate as Turks move forward and decide who they will be as a people.

The below image: “Atatürk Cumhuriyet Bayramı’nda” by mustafa-kemal.tumblr.com is marked with CC BY-NC-SA 2.0.