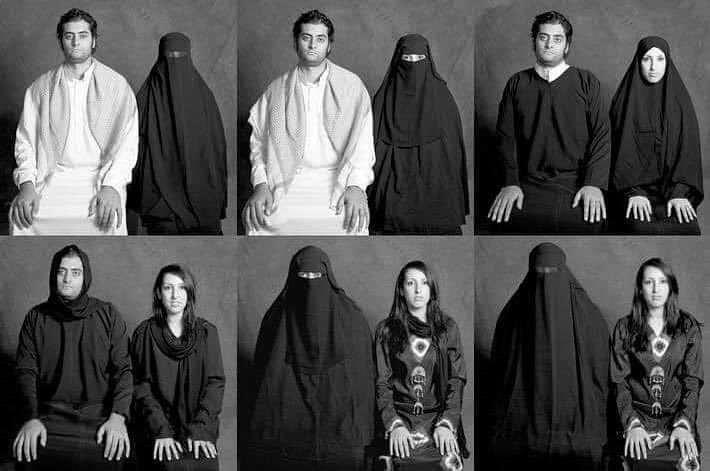 < 1 mn read
It was mentioned in Hadith that most of the dwellers of hell are women — reference:
Sahih al-Bukhari 29, Book 2, Hadith 22.
Although not mentioned in the Quran that women are illogical and inferior to men in the sense that they need men to extend their intellectual ability.
Many Muslim scholars still use the argument that women need men to be their source of rational thinking and without men, they are lost. For this reason, God created people in pairs to complement each other.
A simple counter-argument is that if God has made women intellectually inferior to men, then he made them more vulnerable to go astray and not follow his word, and thus the judgment at the end will be biased.
Women are going to hell because simply this is how their brains work! Ladies nurtured us from when we were in cradles, through school period.
They taught us various sciences, mathematics, and history subjects, through to professional lives where we learned a lot and benefited from outstanding female doctors, engineers, scientists, lawyers, etc.
Talking about a personal experience as a former Muslim apologist, the secularists who corrected my logic (a tactful phrase for “defeat”) were well-educated ladies. As if mother nature is shouting: “Do not deny women intellectual abilities”.