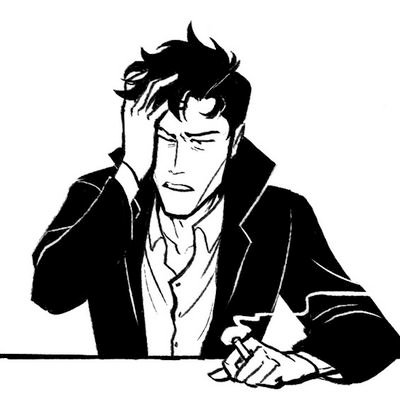 It is not much of an easy task to keep your head up when everything is all working against you when everything around you screams of ageing owes for you to simply just let go, neither it was something I have ever done myself, but in the most of hurtful times I’ve experienced in my life, hope found its way to me through pain and misery I’ve always thought was unchangeable.

I was born in a small town in a third-world Muslim country, Egypt, and as a female-born there, my quality of life was already deemed wrecked considering the male-dominated heavily influenced by religion society and how the place I always lived in made me prone to the get affected heavily with religion and tradition, and when religion and tradition take the reins, ‘fate’ seems already decided as a cloud of despair takes over, deciding change impossible.

I have always struggled with accepting these limited rights and restrictions on me and don’t let this fool you by thinking I only just wanted to be a spoiled kid and travel to the West to have this lifestyle that every deprived kid would dream of. I had my phase and there was no denying that but mostly it was wanting the suffering to end because knowing I had to wake up every day in that body that traps me with my misery in this decaying environment and act as if I’m just being greedy by wanting the pain to end. One might think that with all these things going on and in such an environment, how could anyone even dare think differently? I wouldn’t doubt why people might think that because I was trapped by these thoughts in my first years of doubts and in an early age when I saw the corruption in this place and thought of nothing else but how it’s a given that it’s unchangeable. Until it came the period this horizon of thought I’ve had my entire life would take a different route, which is something I never expected to ever happen and primarily is the reason why I’m writing this now. I was only 16 at the time when I lost a very important person in my life, it was not any sort of loss I’ve experienced before.

This was the ongoing grief of 2 years that had taken a toll on me. I’ve seen suffering in its purest and most horrifying way during this time either it was in them or in myself as a result of watching someone you love suffer immensely with tied hands unable to do anything, and this anguish, fear and feeling of helplessness were exactly what made me start thinking of a different route than sitting and watching a tragedy as I did back then. It was hard getting out of this suffering bubble which I doubt I’m completely over now. It was this suffering that had stroke force in me which made me realise that something had to be done. It made me realise that this pain is also felt by many in my case or worse, that the only way to make it stop is for I to use my own pain to move this dread and then it began another arc of hope mixed with grief.

It was what made me into the person I am today. It was a progressing analysis of what caused this pain to accept and think of ways to reduce it. It all started with my passionate hatred for Egypt. I knew others too hated Egypt so much they wished it would turn into rubble and it was hatred that made me rethink it all. I realised I felt a lot of envy towards the ex-Muslim community in the west which at first made me feel like I belonged because I felt there were some people I could finally relate to but no. With time, it only turned into envy and more hatred of my situation, so I asked myself if there was a way to turn this hate into something helpful. These thoughts combined with grief made my energy climb up rooftops. I wanted to make my people feel less alienated. I was tired of the incapability I was in which broke me to my knees. I had to do something. Anything to make it less if not stop completely.

I decided to make a subreddit for Egyptian ex-Muslims as if I can’t provide us with rights then a community could be a starter, and then r/ExEgypt was made. It first started very slow and very small but I kept going. I had to make it known to other Egyptians that others like them exist and that there are still people that care about them and want to do anything to help. It is at almost 4k currently and growing. I’ve met a lot of people along the way which I then realised would have never happened had I not taken the first step or decided it was enough standing hand-tied. I still think it’s not enough. I still want to do more and more but I know I’m being held down by many things currently I don’t want this to be the end because this place only needs more of that rage mixed with pain that then manifested into hope for me. We need more of that to keep going and for us to actually have our rights. Suffering kills us and brings us to our knees but sometimes it’s not always an end, sometimes suffering is the beginning if you use it carefully to your advantage. I have to mention I was inspired heavily by Armin Navabi, the founder of Atheist Republic, and his activism to bring ex-Muslims together. His words just spoke volumes as to how I felt and it definitely cannot go unnoticed when it came to my decision to take action. I am Confused Heathen, and this was my story of finding hope amidst the depth of despair.

This post was sent in by Confused Heathen earlier this year. Apparently he died on september 21, 2022. The cause of his death are not know. But friends of him requested to post this story anyhow. An In Memoriam is posted elsewhere on this website.