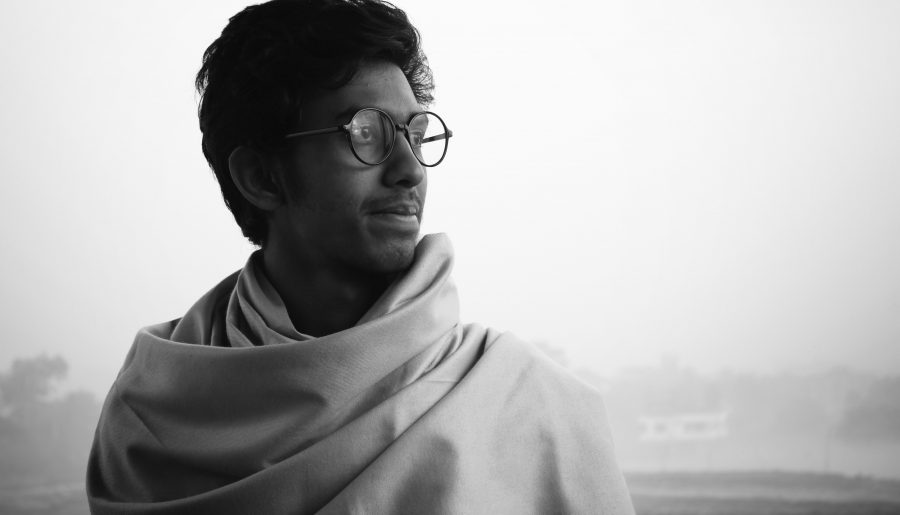 December 2023 – Freedom of expression is a fundamental human right, enshrined in article 19 of the Universal Declaration of Human Rights. However, there are governments and individuals in positions of power around the globe that threaten this right. One such way to threaten this freedom is through laws of blasphemy. It virtually silences anyone who wants to criticize any God. And in Bangladesh, blasphemy is dealt with prison time. This is the story of Sagor from Bangladesh who fought and is fighting the religious fundamentalists from Bangladesh over the authoritarian blasphemy laws of Bangladesh.

Sagor has been involved in secular and atheist activism for the past five years. Since his teenage years, he has read books and blogs of various freethinkers. This had a deep influence on him and he started questioning the ideas of religion. Slowly there was a tremendous shift in his thoughts on religion. He started to express himself through social media and Bangladeshi community blogs. He often talks about superstition, and religious bigotry and questions social injustices in the name of religion through his writing. He is also a fierce defender of human rights, LGBTQ rights, minority rights, and atheist rights. Due to his writing and activism on social media, he gradually attracted the wrath of fanatics. They started threatening to beat and kill him to stop his writing on social media.

Life took a sharp turn for Sagor on May 9, 2020. A Muslim mob attacked and brutally tortured him. On the same day, he was arrested by the local police. His crime – ‘Blasphemy.’

After detaining him in prison for a long time without any trial he was finally released from prison on bail. It was an interim bail from a lower court at Khagrachari. Since then, for the past two years, he has been regularly appearing in court for his case. After two years, the investigating officer submitted the final report (charge sheet) to the court. After the submission of the charge sheet, the case was transferred to Chattogram cyber tribunal. The court justice canceled his earlier bail at the cyber tribunal and sent him to prison again. The religious-minded justice of the court exercised his power over Sagor’s case. This time Sagor was sent to the Chattogram Central jail.

Sagor was detained in prison for two months. After two months, he was released from prison again on bail. But, after his release, he could not go home due to the threats from local religious fundamentalists. They even threaten his family members. He chose to stay in hiding to protect himself and his family members. They often ask his family for information about his whereabouts. He is scared that he might be attacked and eventually killed if he tries to go home. He stays away from his family because of constant threats by the fundamentalists. His parent’s income is also very meagre and Sagor is also not able to help them.

Due to his prison sentences and the case, he lost his job and became completely destitute. He is trying to do some work in hiding to sustain his daily needs. Sagor is completely alone, without friends, family, or anyone to help him. He also needs to find money to pay his lawyer himself. He is living a tough life. All because he expressed his opinion through his writing.

Sagor wants to leave Bangladesh as soon as possible. He dreams of going somewhere far away to another country and starting a new life in peace. But with no money and no one to help him, this is not going to be easy. He is desperate for any help that can come his way. Any delay in getting him help can make a difference in life and death. Please help Sagor in this situation in whatever little way you can.