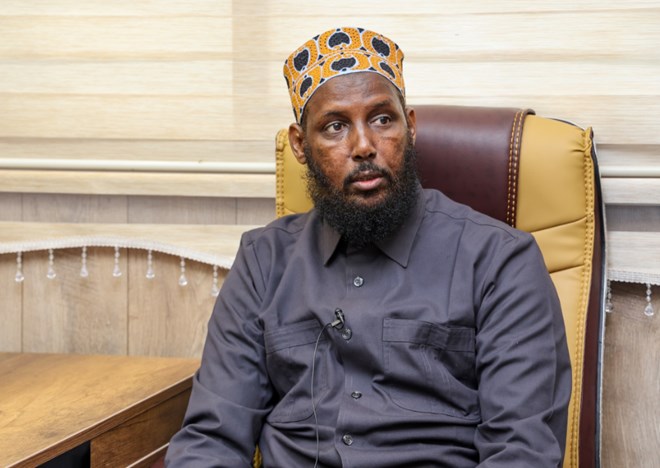 What is the public interest that an Islamic extremist can do

Mukhtar Robow Abu Manoor (Mukhtar Robaw Ali) he was the deputy leader of Al Shabaab and also the spokesman of that organization.he was one of the military leaders of the Union of Islamic court in Mogadishu and Southern Somalia in 2006. He is also one of the most important members who founded Al Shabaab. he is believed to have established one of the first training centers called Al-Huda in the city of Huddur in 1997

He has fought in every corner of East Africa. He killed students, mothers, children and elders. It was said that in 2000, he went to Afghanistan for military training and came back to somalia after he completed his military training. in August, 2017, he surrendered to the Somali forces, In October 2018, he announced that he is running for the position of president of the south west administration but abu mansoor was arrested by the Ethiopian forces in Baidoa in December 2018, just a few days before the presidential election in the South West, and was taken to Mogadishu. His arrest resulted in the death of many people in Baidoa,Somalia.

He was one of the individuals that the US government added to the list of international terrorists. The US put millions of dollars on his head, life or death. Abu Mansoor spilled blood and wiped out scholars and traditional elders of the country, mothers and children who are tired of drought using in the name of his allah.

As for us, Somali athiests we do not have any rights in Somalia. The constitution of Somalia states that a non-believer cannot hold any office. However, we had hope that religion and government will be separated in Somalia, but we realized that Somalia is not following the secular path of separation of religion and government. Somali atheists can not do anything because they are deprived of their rights.
After the killing of many innocent civilians, 2th Aug, 2022 Abu mansoor was appointed as the minister of religion and endowments in somalia. this proves that the country of Somalia will not be independent from islamic law for the near future.